Looking for a great video ad campaign? Just push play! Digital Diagnosis Marketing can help you get your ad in front of the right audience when they are actively engaged in viewing video content online. With nearly 5 billion videos being watched on YouTube every day, video advertising is one platform that you don't want to miss out on.

Our Approach to Video Advertising

We'll find the right audience for your message for maximum effectiveness.

Utilizing geographic and demographic targets makes sure your campaign is laser-focused.

We're constantly looking at data and pulling levers on the back end to increase results. 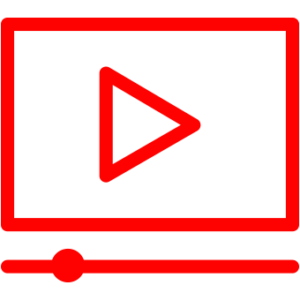 YouTube is the second largest search engine (after Google), and the third most visited site in the world (after Google and Facebook). Other benefits include:

• A vast viewing audience. Around three-quarters of U.S. adults (73%) say they use YouTube.
• Better demographics and engagement than TV. YouTube reaches more people aged 18-49 than any broadcast or cable network, and 60% of people report that they would rather watch online videos than live television.
• Unprecedented growth. In the past five years, 18-49 year-olds spent 4% less time watching TV while time on YouTube went up 74%.
• Great mobile engagement. Over 70% of YouTube videos are viewed on a mobile device, accounting for 3.5 billion mobile views every day.
• Social sharing. Videos are shared 1200% more than photos and text combined, helping extend a message's reach.
*Sources: Pew Research, Hootsuite, Think with Google, and Statista